First thing you need to know about becoming a successful freelance editor: It has almost nothing to do with editing. How come?

Because there are thousands of people out there trying to make a living as a freelance editor. All of them have 90 percent of the same skills you have. It’s absurdly easy to hire editors in India for a dollar an hour because basic English-language editing has become a global commodity. 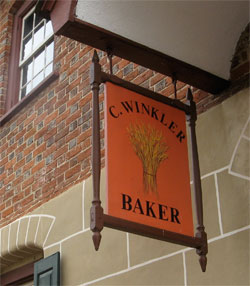 Think of it this way: wheat costs the same around the world, but that hasn’t put all the local bakeries out of business. Your raw editing skill is like so much wheat flour — to make it in this line of work, you’ve gotta be a baker.

The quest for dough: How I got started

My first six months in this line of work gave me utterly no hope of success. Here’s why:

After six months I had one steady client that paid a decent wage for the kind of editing I mastered over 20 years in the news biz.

One. After six months. And I was always the go-to newsroom guy.

Had my talents become that obsolete?

I figured I had one reliable client, so I dug deep into roots of that relationship. How it came about:

When I launched Verb Nerd Industries, I started contacting everybody I knew from the news business who might hire freelance editors.

A college pal of mine was editor in chief of an association representing fitness professionals. The association has a bunch of print and Web publications that require a pool of freelance editors, and it had an opening for an upcoming Web project. I got the gig.

Later I asked my pal why she helped me out:

These points illustrate what you MUST have to earn a good freelance editing gig:

Deciding what to bake

I noticed a recurring theme in my new editing assignments: the authors were predominantly experts in their fields: studio owners, respected personal trainers, authorities on health, nutrition and “kinetics,” the science of human movement that supports the fitness industry.

All these experts had incredible knowledge, but they weren’t professional writers, so their articles needed the guiding hand of a good editor. Some of these articles might require three or four hours of sculpting, time I figured the average magazine editor did not really have.

It struck me that magazine editors would love to hand off these kind of tasks, so I created the Mangan Cure for Mangled Copy to ease their strains.

Warming up the oven

The Mangan Cure answers the two questions that define any successful business:

To come up with the Cure, I tried to envision the struggles my editor went through every day. I then identified her problem, and how I can fix it.

Then I started spreading the word.

Yeah, but did it earn me any bread?

Not in the short run. I got lots of atta-boys and many of the editors I talked to liked the idea, but none of them bit.

So why mention this if it didn’t exactly work?

Because it was my first product. Guess what: Your first product will not sell either — because you have no experience creating products people want to buy.

What it takes to be a baker these days

Say you love baking a certain kind of cookie that nobody else likes. You can bake all you want but you’ll go broke trying to sell them.

But 90 percent of baking a cookie is knowing the mechanics. Same is true for editing: you need a flavor people will pay for.

I drove myself batty for the first several months because I couldn’t figure exactly what it was that I was selling.

Now that I do know, I have a rough draft of my finished product: Most of the work’s out of the way. It’s just a matter of taking away all the flaws that prevent people from buying it.

Baking up a business model

If you’re still reading along you’re incredibly patient, which is good: patience is the first thing you need when you’re just starting out, because you’ve gotta give your dough time to rise.

Also bear in mind that I’ve described how to create one product. To succeed at this, you’ll need a bunch, and they’ll all require:

And you need all this every single time.

Yeah, Tom, but how long will it take to make a living at it?

Could be a couple years, to tell the truth. Or however long it takes for you to build the trust that is the foundation of freelance editing.

You’ll need clients who believe it’s cheaper to hire you than to risk hiring somebody else. They’re very hard to find, but once you’ve got them, you can keep them for a very long time.