Every word should look like it’s right where it ought to be. And every sentence, and every paragraph. 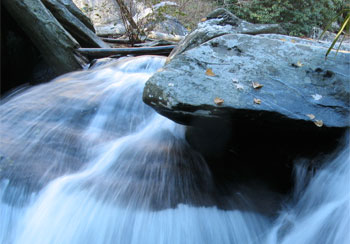 Every picture should be right where the reader expects it to be. That’s the essence of flow: When words, pictures and other content elements seem to pour effortlessly from the page into the reader’s world.

Writers, photographers, web designers and graphic artists can all create little bits of flow, but it’s up to an editor to channel all their efforts into a single coherent stream.

Editing is a second opinion.

It happens because first opinions tend to be balderdash.

This point is lost on a lot of people until they hire a writer for the first time. They make their assignment, the writer marches forth to make it happen, the article arrives on time with verve, energy and a deft touch ­­­— all the qualities that got the writer hired in the first place — yet something’s amiss.

The vivid vignette that glues the reader’s eyeballs to the story is 475 words deep. That clever quote from that startup’s CEO seems too good to be true. Those stats about the company’s market share appear to be three years old.

The life of a professional writer is a sprint through a minefield of hype, misinformation, egomania and bald-faced lies. They do great work under ridiculous deadlines, but they do step the wrong way. And things do blow up.

We of the editing trade realize we can’t prevent every explosion. The invention of the minesweeper did not make the mine obsolete, after all. You might say we’re rhetorical armor.

When you’re watching a car chase on TV, you don’t imagine somebody behind the scenes splicing together a mass of footage from a half-dozen cameras. The film editor seamlessly weaves one shot after another into a storytelling narrative.

Editing with words does the same — providing the editor is up to the task. Any editor can see that a story might flow better with paragraph 13 moved up to paragraph 10. It takes an expert hand to tweak the surrounding copy and keep the action moving along.

“You made it say exactly what I meant it to say.” That might be the best thing a writer can say to an editor.

Why can’t writers just say what they mean? Well, you try it when you’ve interviewed a half-dozen experts, culled a massive database, had to pick up a sick kid from school, and needed to crank out 1,100 words in four hours.

Even if writers know what they want, they have to deal with readers’ desires. Readers couldn’t care less about a writer’s intentions. They just want a good story, well told.

Intuition lets editors bridge that gap.  Good editors have an innate knack for knowing where the reader wants the story to start, for helping the writer weave a narrative across dozens of paragraphs, and for supplying the reader a satisfying conclusion.